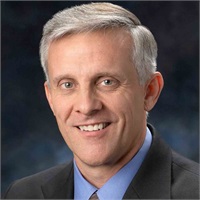 Terry was a winner of the 2005 Manatee County Small Businessman of the Year award.  He started his business with one client in borrowed office space and lost money during his first two years of business, but he stayed with it because he never wanted to look back over his life and say “what if?”.

Terry has always been passionate about helping people and when not in the office he is often found serving with non-profit organizations as a board member, Treasurer or Chairman.  Some of his past experiences include working with Take Stock in Children, Centerstone Bradenton - Hospital and Addiction Center, Manatee County Youth for Christ, The Foundation for Boys & Girls Club of Manatee County, Manatee County Metro YMCA, Manatee County Salvation Army, as well as numerous positions on Church boards over the years.

Terry is married to Denise and they have two sons and three grandsons.  While his sons were young, he coached many youth basketball and flag football teams.  Now he enjoys cheering on the next generation.